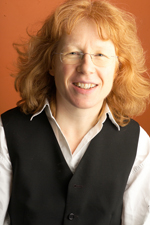 Edwards has worked at all the major UK opera houses and made her operatic debut in 1986 conducting Weill's “Mahagonny” for Scottish Opera and her ROH debut in 1988 with Tippett's “The Knot Garden”. From 1993 to 1995 she was Music Director of ENO for whom her repertoire included “Khovanshchina”, “Jenufa”, “Queen of Spades” and “Blond Eckbert”. Other operatic engagements include Munich, Opéra Comique, Frankfurt, Copenhagen, Helsinki, Vienna and Aspen.

Operatic engagements include “The Rape of Lucretia” and “La traviata” for the Theater an der Wien, the ballet “Orlando” for the Staatstheater Stuttgart, “The Rake’s Progress” for Scottish Opera, Ades’s “The Tempest” for Oper Frankfurt, “Through His Teeth” by Luke Bedford for Royal Opera House Covent Garden and a concert performance of Tippett’s “King Priam” at the Brighton Festival.
Your search returned no results.