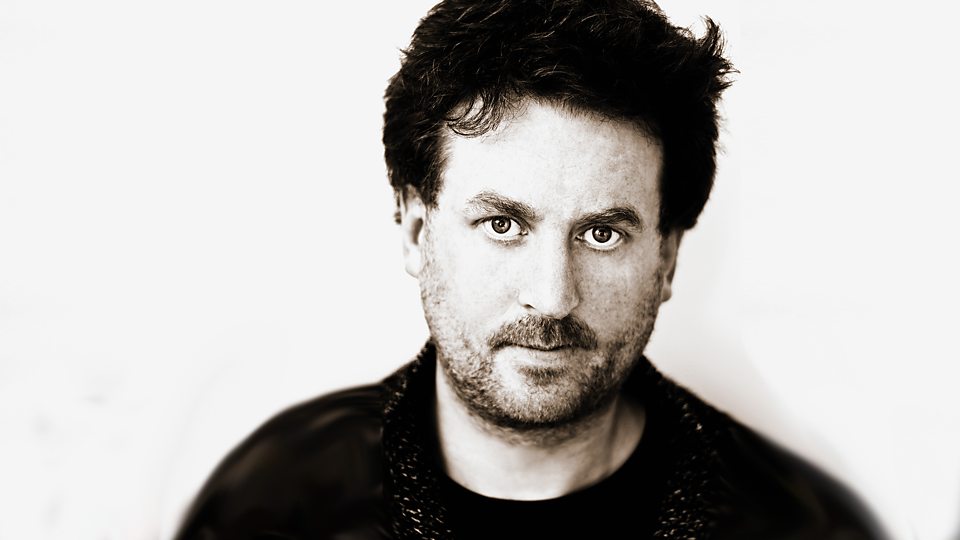 Ayres score is a fizzy cocktail of hyperactivity, Baroque poise, Straussian pastiche, tantalising tango and much more. Zany and anarchic, it nevertheless has a human core. -Barry Millington on The Cricket Recovers, EveningStandard

Richard Ayres was born in Cornwall (South West England) in 1965. In 1986 he followed Morton Feldman's classes at the Darmstadt and Dartington summer schools, and studied composition, electronic music and trombone at Huddersfield Polytechnic, graduating with Distinction in 1989. He moved to The Hague for postgraduate study in composition with Andriessen at the Royal Conservatoire and settled permanently in The Netherlands. Since 2006 he has taught at the Amsterdam Conservatoire.

Ayres’ orchestral works present a kaleidoscope of colour, emotion and musical style, often involving strong visual and dramatic ideas and each bearing a number as its title. No. 37b (2006) for orchestra was premiered at the Donaueschingen Musiktage by the SWR Sinfonieorchester Freiburg and Baden-Baden, and has more recently been performed by Frankfurt Radio Orchestra, BBC Scottish Symphony Orchestra and BBC National Orchestra of Wales. No. 46 (2010-11) for orchestra was premiered in the 2011 Holland Festival by the Residentie Orkest under Reinbert de Leeuw and repeated the following year; Ilan Volkov also conducted the work both in Strasbourg and Glasgow. Jointly commissioned by BBC Radio 3 and Südwestrundfunk,No. 48 (night studio) (2014-15) for orchestra premiered in London with the BBC SymphonyOrchestra under Ilan Volkov, and received its European premiere with SWR Sinfonieorchester and Peter Eötvös at the Donaueschinger Musiktage 2015.

A series of ‘NONcertos’ for solo instrument and ensemble or orchestra, wherein the soloist is often positioned as a virtuosic anti-hero, demonstrate Ayres’ ability to balance drama and humour in his music. Klangforum Wien and Marco Blaauw premiered No. 31 (NONcerto for trumpet and ensemble) in 1998, which was awarded a "recommendation" at the 1999 Unesco Rostrum of Composers in Paris.No. 36 (NONcerto for horn and ensemble) (2002) was premiered by the ASKO Ensemble and has since been performed across Europe, notably by Stefan Dohr and the Berlin Philharmonic under Sir Simon Rattle in 2016. The work requires the soloist to run from one ‘mountain peak’ to another between virtuosic lines.

Ayres has had great success in the opera genre. His first, No. 39 (The Cricket Recovers), based on a story by children’s author Toon Tellegen, was commissioned and premiered by Aldeburgh Almeida Opera in 2005, followed by a series of productions at the Brengenzer Festspiele, Staatsoper Stuttgart, the HollandFestival and Theater Basel. The work receives its US premiere at the Tanglewood Music Festival in August 2019, conducted by Thomas Adès. His second opera, No. 45 (Peter Pan), was premiered in 2013 by Staatsoper Stuttgart, with productions given by Welsh National Opera in 2015 and byKomische Oper Berlin in season 16/17. No. 42 (In the Alps) (2008), an "animated concert" written for soprano Barbara Hannigan and the Netherlands Blazers Ensemble, uses narrative projections in the style of a silent film. Regular performances have been given around Europe and the USA. No. 50 (The Garden) (2017-18) for bass voice and ensemble was commissioned byAsko|Schönberg and London Sinfonietta, with initial development by the Royal Opera House, Covent Garden. In a style similar to In the Alps, The Garden is a delightful and surprising monodrama, presented as semi-staged productions with film in Amsterdam, London and Zagreb in 2019.

Chamber music works include No. 35 (Overture) for 2 pianos, euphonium and percussion,premiered at the 2001 Aldeburgh Festival, No. 41 (Five Memos for Eva) for 6 players,written for the 2007 Delft Chamber Music Festival, and most recentlyNo.49 (context studies) for Ensemble Schwerpunkt, commissioned by SWR in Stuttgart and premiered in 2019.

A commission from Canada’s Continuum Ensemble allowed Ayres to explore film music through collaboration with renowned filmmaker Guy Maddin. The resulting work, No. 43 (Glorious) (2008) for ensemble and film, was premiered as part of the SHIFT Festival in Amsterdam and also received performances at the Huddersfield Festival in the UK and Montreal, Canada.

Recent works include No. 52 (Three pieces about Ludwig van Beethoven), No. 55 (Strand) with animations by Paul Barrit and No. 56 (Islands), a series of short and strange standalone pieces exploring imaginary locations.

In 1994, Ayres was awarded the International Gaudeamus Prize for composition during the Gaudeamus Music week; and he received the Vermeulen Prize in 2003, the highest award for a composition in the Netherlands. The same year he was Featured Composer at the Huddersfield Festival.

Portrait discs of Ayres' music have been recorded on Donemus (2003) and NMC (2010) by German ensemble Musikfabrik, and In the Alps was recorded by Barbara Hannigan and the Netherlands Blazers Ensemble. 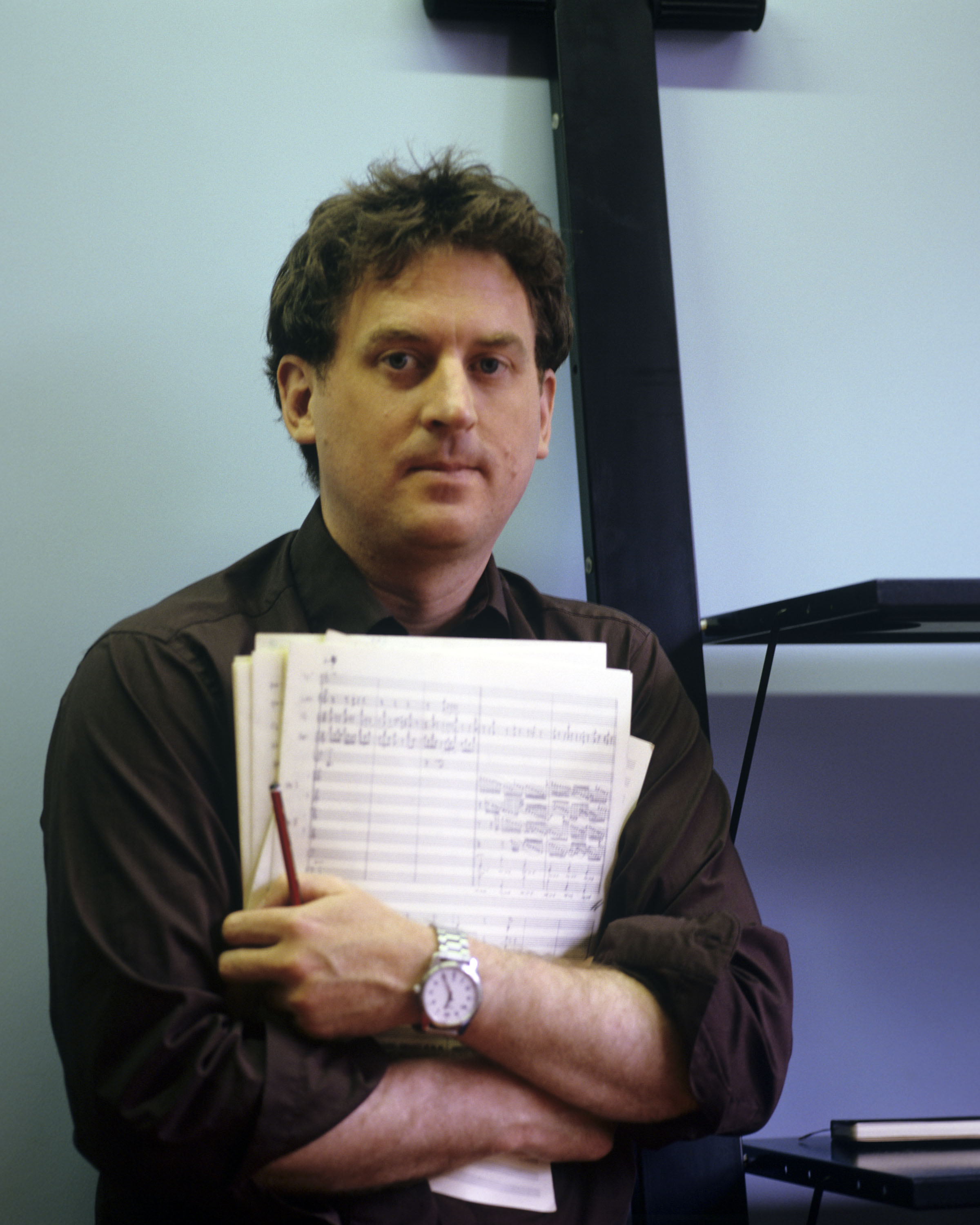 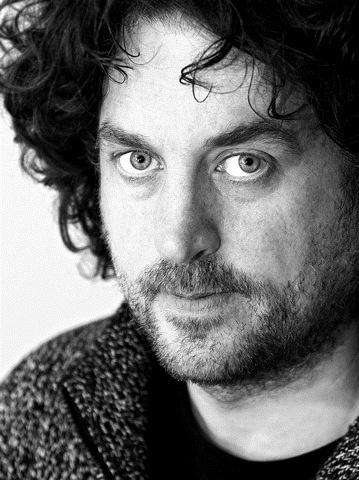 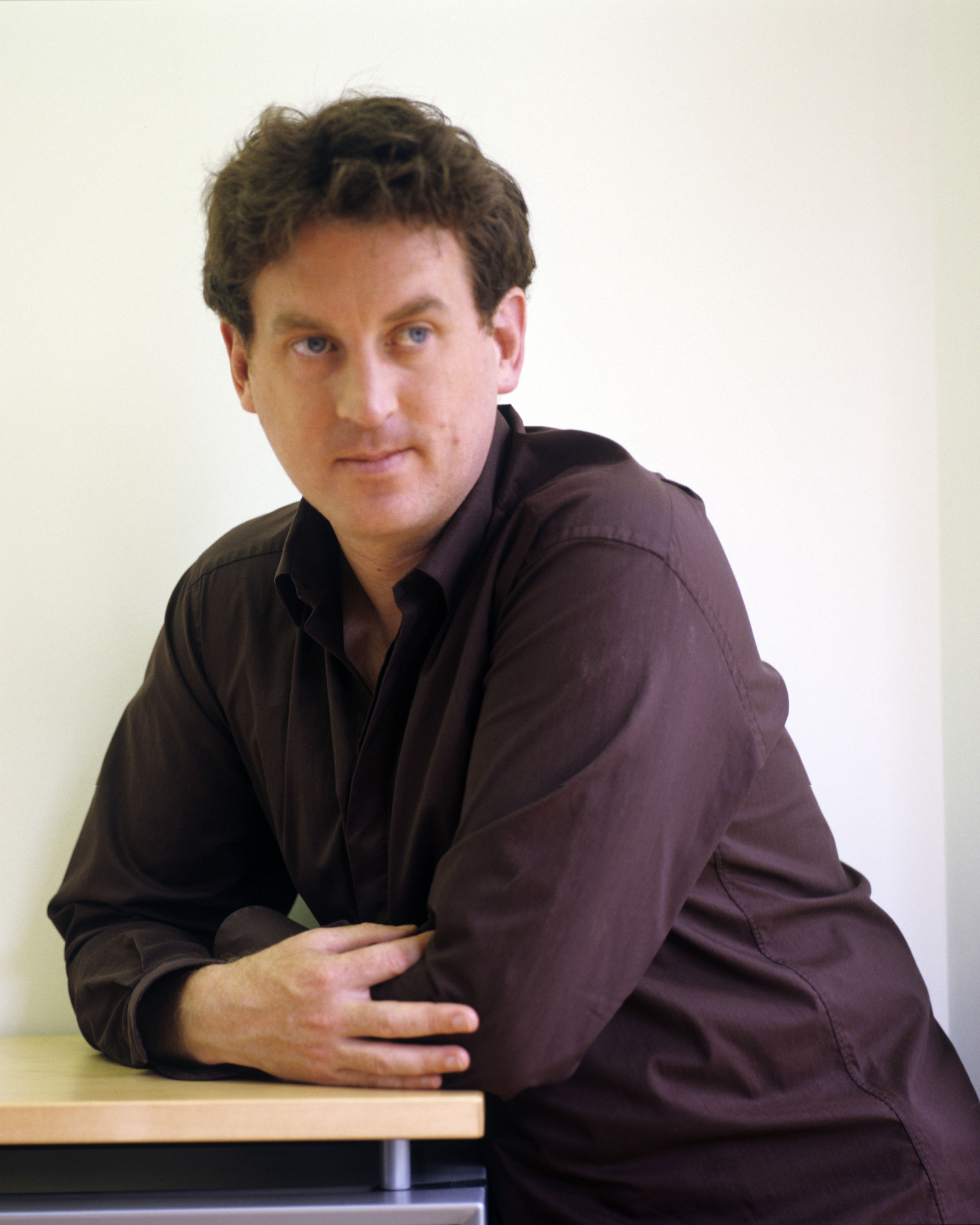 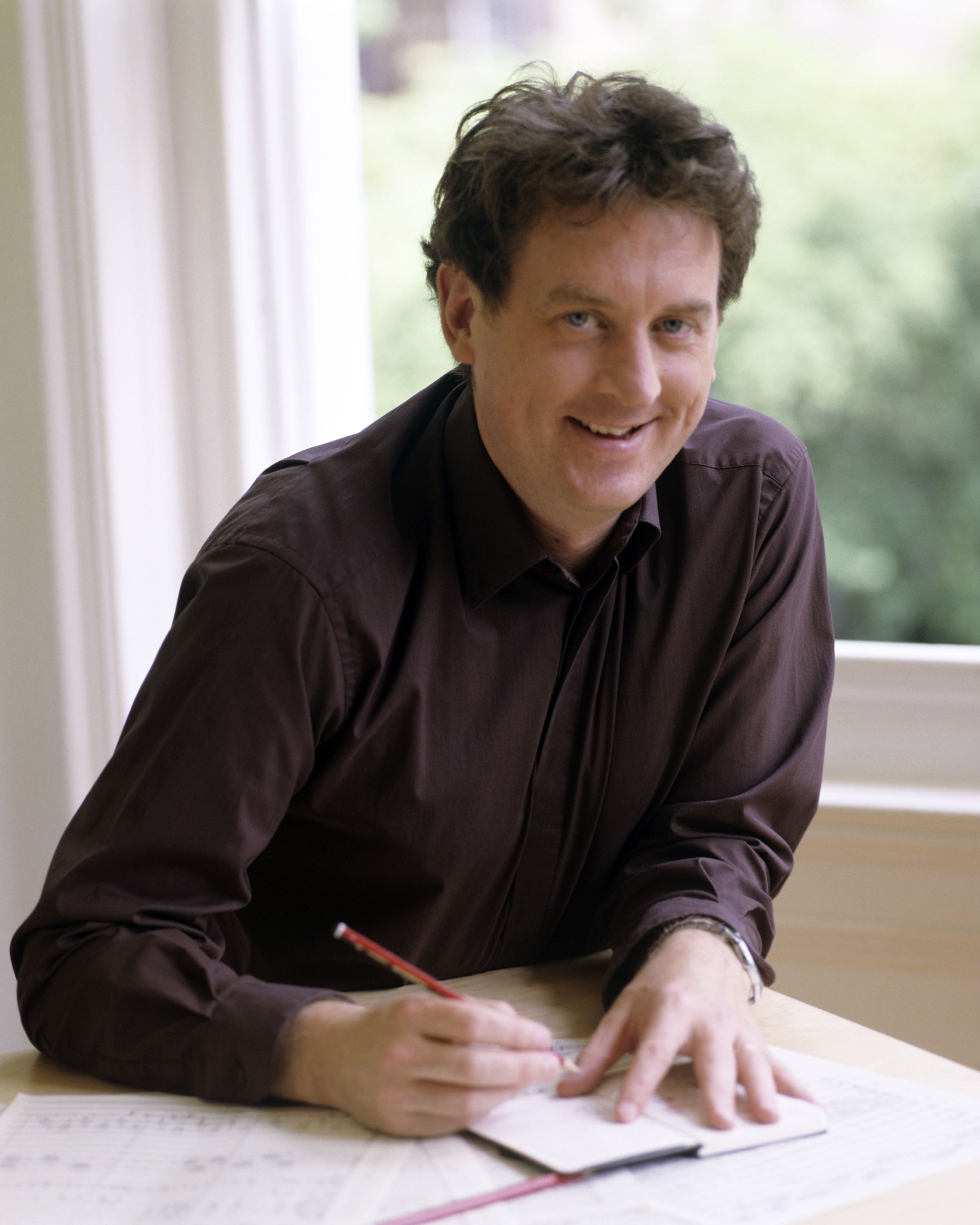 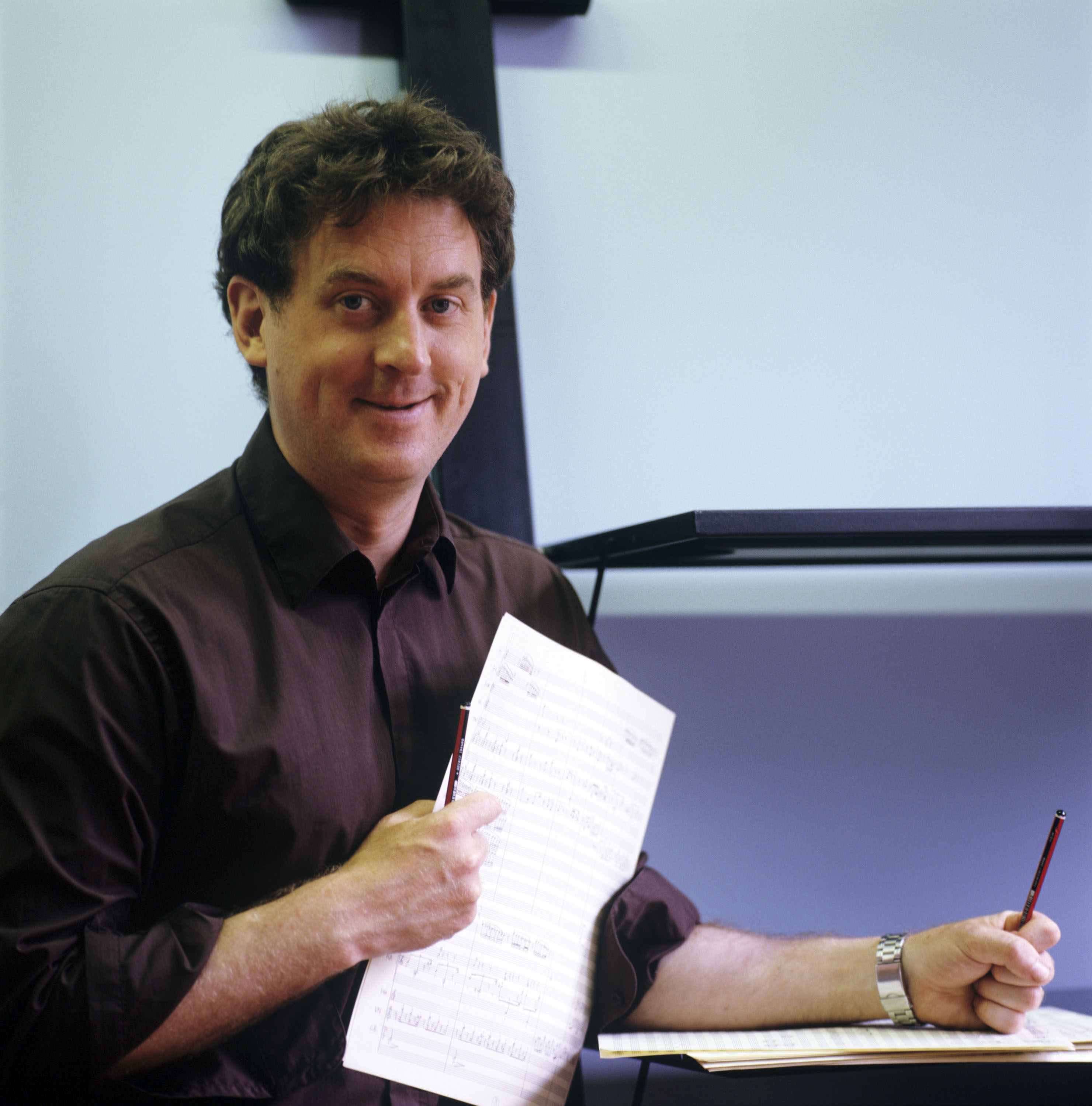 Studied with Louis Andriessen at the Royal Conservatoire in The Hague
1991
No. 8 Piano (solo)
1994
Awarded the International Gaudeamus Prize for composition
1995
No. 24 NONcerto for trombone and ensemble
1997
No.  29 for brass quintet and organ
1997-98
No. 31 NONcerto for trumpet and ensemble
1999
No. 31 awarded a "recommendation" at the UNESCO Rostrum of Composers Awards, Paris
2000
No. 35 Overture
2001
No. 30 NONcerto for orchestra, cello and high soprano

No. 33 a-b-c Cantata for 16-voice SATB choir and ensemble

Featured Composer at the Aldeburgh Festival
2002
No. 36 NONcerto for horn and ensemble
2003
Release of composer portrait CD by musikFabrik

No. 34b Two Pieces for cello and ensemble

Awarded the Vermeulen Prize
2004-06
Lecturer in composition, Royal Conservatoire, The Hague
2005
World premiere of No. 39 The Cricket Recovers by Aldeburgh Almeida Opera
2006
Signed to Schott

No. 37b for orchestra

No. 41 for oboe and chamber orchestra
2007
German premiere of No. 39 The Cricket Recovers by Stuttgart Opera

Appointed Lecturer in composition, Amsterdam Conservatoire
2008
No. 42 In the Alps - an animated concert

World premiere of No. 45 Peter Pan by Staatsoper Stuttgart

No. 55 Strand - for amplified ensemble, soundtrack and film. Animations by Paul Barrit