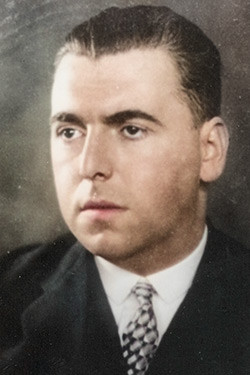 Erwin Schulhoff was born in Prague on 8 June 1894. Thanks to a letter of recommendation by Antonín Dvořák, he was accepted as a piano pupil at the Prague Conservatory at the early age of ten. He continued his studies in 1906 in Vienna (with Willy Thern), in 1908 in Leipzig (piano with Robert Teichmüller, music theory with Stephan Krehl and composition with Max Reger) and in 1911 in Cologne (with Lazzaro Uzielli, Carl Friedberg, Franz Bölsche, Ewald Sträßer and Fritz Steinbach). After his military service in the Austrian Army during the war, he was resident in Germany until 1924. This was where his interest was particularly aroused by the radical direction taken by the avant-garde: Dadaism and jazz, but he additionally absorbed influences from Impressionism, Expressionism and Neo-Classicism. He also struck up a lively correspondence with Alban Berg. The brilliant pianist Schulhoff was considered as a specialist of Alois Hába’s quarter-tone music. On his return to Prague, Schulhoff became the successor of Max Brod as the music critic of the newspaper Prager Abendblatt. After 1933, he was unable to continue his career in Germany due to his Communist convictions (he had for example set the Communist Manifesto to music) and also his Jewish roots. The planned first performance of the opera Flammen in Berlin was cancelled. During the 1930s, Schulhoff underwent an artistic transformation; his symphonic jazz compositions were superseded by symphonies in the style of Social Realism. This stood in sharp contrast to his activities as a jazz pianist for Prague radio in Ostrava. In 1941 Schulhoff acquired Soviet citizenship. The German declaration of war with the Soviet Union meant that he was now categorised as being a citizen of an enemy nation. He was initially interned in Prague on 23 June 1941 and subsequently deported to the concentration camp Wülzburg near Weißenburg in Bavaria where he died of tuberculosis on 18 August 1942.

The general rediscovery of the Prague composer began in 1988 with Gidon Kremer’s recordings of his chamber music works. Compositions such as 5 Stücke (1923), the Divertimento for string quartet (1914) and a variety of Sonatas for various instruments demonstrate Schulhoff’s great imaginativeness for the tonal characteristics of individual instruments. The composer’s enthusiasm for aspects of the grotesque, satire and Dadaism particularly comes to the fore in his smaller scale works. Schulhoff sets texts by the Dadaist lyricist Hans Arp in Die Wolkenpumpe for baritone, four wind instruments and percussion (1922). In Bassnachtigall, three pieces for contra-bassoon also dating from 1922, the composer added his own text in the provocative form which was customary in the infamously chaotic Dada concerts: “The spark of the gods can be present in both a liver sausage and a contra-bassoon.”

Schulhoff was one of the first composers to recognise the potential of dance music forms influenced by jazz within the realms of classical music. Compositions such as the jazz oratorio H.M.S. Royal Oaks (1930), the Hot Sonata for alto saxophone and piano (1930) and the grotesque dance Die Mondsüchtige (1925) with movement titles including Ragtime, Tango, Shimmy and Jazz which were provocative for their time, are now counted among the composer’s best known works. Schulhoff’s opera Flammen (1929/32) on the other hand displays a serious composer who is also capable of larger-scale forms. In this Mozart homage with a difference with a libretto by Max Brod, Don Juan becomes a victim of his own desires: the musical structure develops between the dualistic poles of man and woman, life and death and hope and resignation.

In 1913, Schulhoff was awarded the Wüllner Prize for excellence in his musical studies. He was also the recipient of the Felix Mendelssohn Prize on two occasions: 1913 as pianist and 1918 as composer.