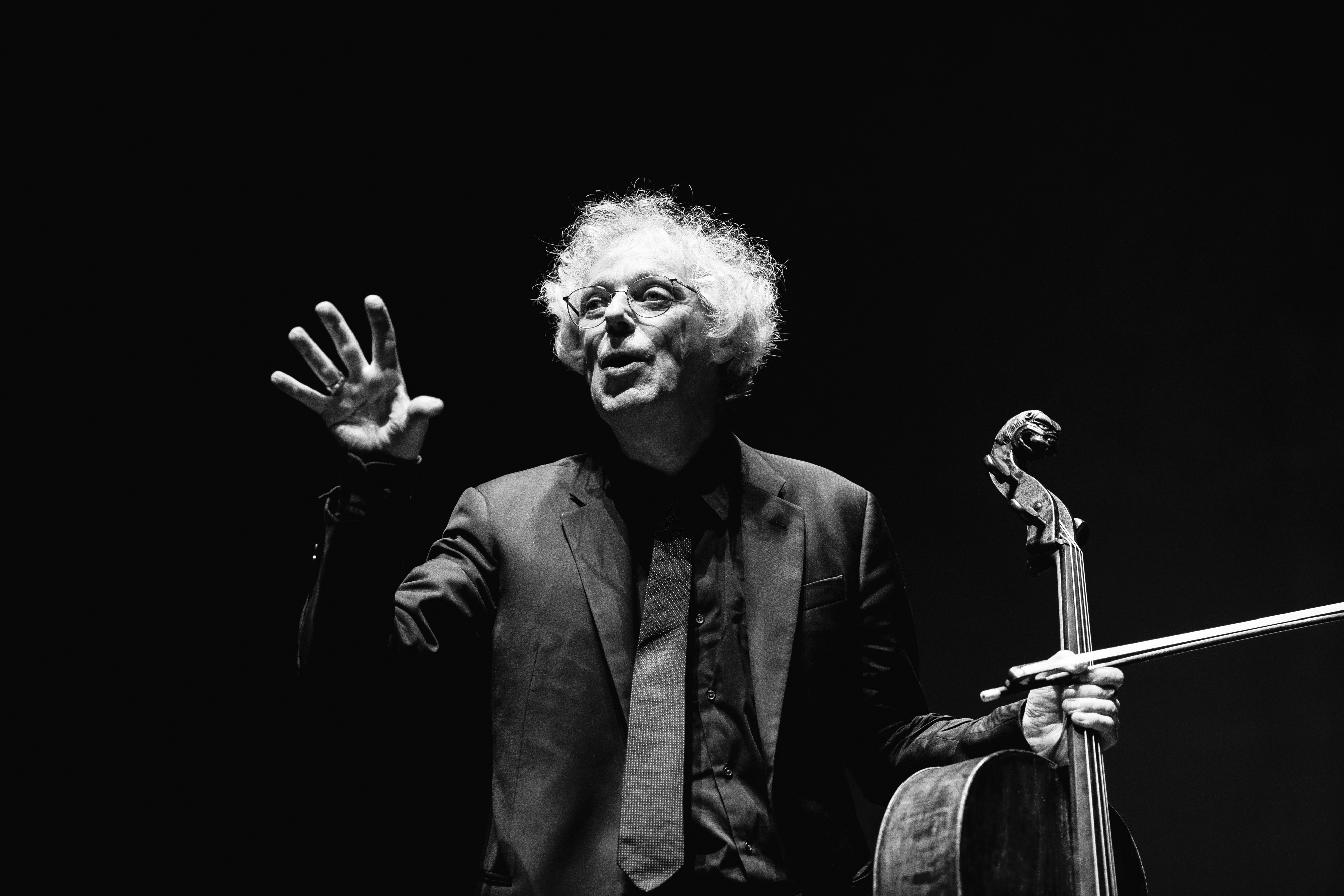 It is impossible to imagine the music scene of the past 40 years without the presence of the cellist Julius Berger. Born in Augsburg, Berger is a remarkable performer. German critic Wolf-Eberhard von Lewinski called him a “prophet of the cello” in his review of Berger’s second recording of the Bach cello suites. Julius Berger has enriched the music world in myriad ways as a performer, a teacher, and a thinker who explores ideas beyond the “beaten path”. Berger enjoyed a close relationship with Mstislav Rostropovich, first as a pupil and later as a frequent performing partner.
Important impulses for Berger’s artistic development came from collaborations with Leonard Bernstein, Olivier Messiaen, Sofia Gubaidulina, and Gidon Kremer (Berger was a frequent guest at Kremer’s chamber music festival in Lockenhaus).
Julius Berger is a sought-after soloist and chamber music performer throughout the world. He has recorded numerous albums and is a distinguished teacher: many of his former students have become professors or solo cellists in prominent orchestras such as the Gewandhaus Orchestra in Leipzig.
Like his teacher and friend Rostropovich, Berger makes no distinction between historical and contemporary music. He enjoys collaborating with living composers and supports the creation of new works with commissions and premieres. Recent examples include works by Sofia Gubaidulina, Franghiz Ali-Zadeh, Adriana Hölszky, Manuela Kerer, Krzysztof Meyer, Wilhelm Killmayer, Johannes X. Schachtner, Markus Schmitt, Giovanni Bonato, and Hong Jun Seo, to name only a few. In 2014 Berger and his wife Hyun-Jung gave the premiere performance of Sofia Gubaidulina’s "Two Paths: A Dedication to Mary and Martha for two cellos and orchestra" at the Seoul International Music Festival. They also gave the European premiere of the work in 2015 at the Beethovenfest in Bonn.
Julius Berger made a significant contribution to the literature of his instrument with his discovery and first recordings of the concertos and sonatas of Luigi Boccherini and Leonardo Leo as well as the oldest literature for violoncello solo by Gabrielli and degli Antonii. Berger has also edited most of these works in exemplary Urtext editions.
More recently, Berger has devoted himself to investigating the intellectual backgrounds of great works from the standard repertoire by Bach, Beethoven, Brahms, and others. In a series he initiated at the University of Augsburg, he employs both music and the spoken word to illuminate the idiosyncrasies and historical context of these works.
Julius Berger has for many years been the Artistic Director of the festivals in Eckelshausen and Asiago. He is also President of the International Instrumental Competition in Markneukirchen. In 2009, he was appointed a full member of the Academy of Sciences and Literature in Mainz.
Julius Berger finds relaxation in the mountains of his native Allgäu region. He is a passionate photographer and poet. His book "Tautropfen, Gedichte – Texte – Bilder" [Dewdrops, Poems – Texts – Pictures] was published in 2019 by the Verlag am Eschbach (a division of the Patmos Publishing Group). A Korean translation of the book was published in 2020 by Pungwoldang in Seoul.
www.juliusberger.de