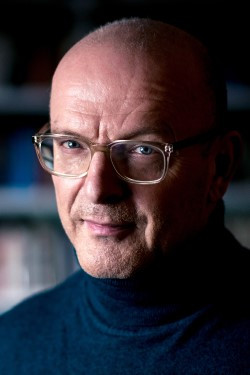 I am permanently on the search for the magic moment and can only achieve this through a complex and differentiated ratio between structure, form and tone. (Christian Jost)

Christian Jost was born on 17 October 1963 in Trier. He studied composition, analysis and conducting in Cologne with Bojidar Dimov from 1983 to 1988 and with David Sheinfeld at the San Francisco Conservatory of Music from 1988 to 1989. Jost received scholarships from the foundation Kulturfond des Deutschen Volkes and the artistic and cultural foundation of the federal state of North Rhine-Westphalia. Jost first caused a sensation in 1992 with the performance of his orchestral work Magma, a commission by the State Theatre Darmstadt. Between 1996 and 1998, he made regular visits to the People’s Republic of China and undertook intensive cooperation with a variety of Chinese orchestras. In 1997, the piano concerto Der lange Weg des Drachen (rev. 2009) was premiered by the Shanghai Symphony Orchestra with Jost as the soloist. The orchestral work one small step (rev. 2002), a commission by the Deutsche Kammerphilharmonie Bremen was composed in 1999 to commemorate Neil Armstrong landing on the moon in 1969 and also reflects Jost’s fascination for pioneering astronauts. The composer received further commissions from the Deutsche Symphonie Orchester Berlin, the Berlin Philharmonic, the Festival de la musique contemporaine Dijon and the Residentie Orkest Den Haag. The composer now also frequently makes appearances as a conductor, e.g. with the Bremer Philharmoniker, the Philharmonisches Staatsorchester Hamburg, the Essener Philharmoniker and the Oper Graz. Jost lives as a freelance composer and conductor in Berlin.

The solo concerto is a core genre in Jost’s oeuvre. A characteristic of his works is an orchestrally conceived atmospheric tonal density. Jost’s compositional impulse primarily consists of the wish to acquaint the listener with the unknown, individualism and psychological borderline experiences in a fascinating guise. His intentions can frequently be divined by the titles of his works: TiefenRausch for violin and orchestra (1997), Cosmodromion for percussion and orchestra (2002) and Heart of Darkness ("Odyssee" for clarinet and orchestra, 2007, commissioned by the Berliner Philharmoniker, conducted by Sir Simon Rattle). The tragic death of the jazz trumpeter Chet Baker is the subject of his concerto for trumpet and orchestra Pietà ("in memoriam Chet Baker", 2004). This work together with the compositions DiesIrae for trombone and orchestra (2002) and LuxAeterna for alto saxophone and orchestra (2003) form the Requiem-Trilogie – a cycle which was performed complete for the first time during the season 2004/05. In 2007, Sir Roger Norrington conducted the RSO Stuttgart presenting the world premiere of Konzert für Orchester; in 2009, the Konzerthausorchester Berlin premiered Jost’s work CodeNine under the direction of Lothar Zagrosek. This orchestral work is based on the slow movements of 9th symphonies by Beethoven, Bruckner and Mahler and Schubert’s Unfinished Symphony.

Two of Jost’s operas received their first performance in 2005: the first full-length opera Vipern ("A murderous desire in four acts") at the Deutsche Oper am Rhein in Düsseldorf in January and the first staged performance of the one-act work Death Knocks (2001) based on the satire of the same name by Woody Allen in the theatre in Erfurt in May. Jost’s large-scale "astronaut odyssey" Phoenix ressurexit had already received its first performance in 2001 with Klaus Maria Brandauer as narrator and the soprano Christiane Oelze at the festival Mittelrhein Musik Momente. At the beginning of 2006, Jost produced a completely original contribution to the genre music theatre with his choral opera Angst ("5 gateways of a journey into the interior of angst") for chorus, choral soloists, instrumental ensemble and film projections. The plot and a reflection on the dramatic events of a mountaineering accident are exclusively communicated by the chorus. Jost composed the musical drama Hamlet, after the Shakespeare, for the Komische Oper Berlin’s 2008/09 season. Here, through the division of the principal role across a mezzo-soprano role and chorus parts, Hamlet’s painful search for knowledge and truth is transformed into the more general underlying existential quest of human beings. Mikropolis, a children’s opera, was first performed at the Komische Oper Berlin in 2011. The world premiere of the opera Rumor, commissioned by the Vlaamse Opera Antwerpen, took place in 2012. It is based on the famous novel "Un dulce olor a muerte" (The Sweet Scent of Death) by Guillermo Arriaga. Rumor, along with The Arabian Night (2007) and Rote Laterne (2015), is part of a trilogy focused around young, modern women and their living environments.

Jost wrote his first ballet composition, DnA - six images of love (2012), for Graz Opera. The subject in this piece, modelled after poems by E. E. Cummings and Nahum Tate, is given a baroque musical character, while the composer’s fascination for the Far Eastern culture grows more important in the following ballets. In order to co-operate with renowned orchestras and ensembles, Jost travelled frequently to China and Taiwan since the 1990s. In 2014, the "music-dance-theatre" Lover was premiered by the Berlin Radio Choir and the U-Theatre Taiwan at the Kraftwerk in Berlin. Here, the combination of old Chinese love songs and modern American poems creates a captivating cultural dialogue: Occidental vocal polyphony meets with the traditional sounds of Asian drums and gongs. In 2015, the Beijing Cao Xuequin Society commissioned the ballet music Rotkammertraum for the 300th birthday of the renowned Chinese writer Cao Xuequin.

Jost received the Ernst von Siemens Foundation Encouragement Prize in 2003. His opera Hamlet has been elected 'World Premiere of the Year 2009' by an international jury of the magazine 'Opernwelt'. The composer received invitations to become Composer in Residence from the Orchestra of the Beethovenhalle in Bonn (1999/2000, The End of the Game for orchestra), the Staatskapelle Weimar (2003/04, CocoonSymphonie for orchestra) and in the season 2004/05 from both the Deutsche Oper am Rhein in Düsseldorf (Vipern) and the Staatsphilharmonie Rheinland-Pfalz (first performance of Requiem-Trilogie), as well as the Komische Oper Berlin and Theater Dortmund (2008/09 and 2010/11, Hamlet), the National Symphony Orchestra Taiwan and the Netherlands Philharmonic Orchestra (2012/13, Taipei Horizon), and the Grafenegg Festival (2016). 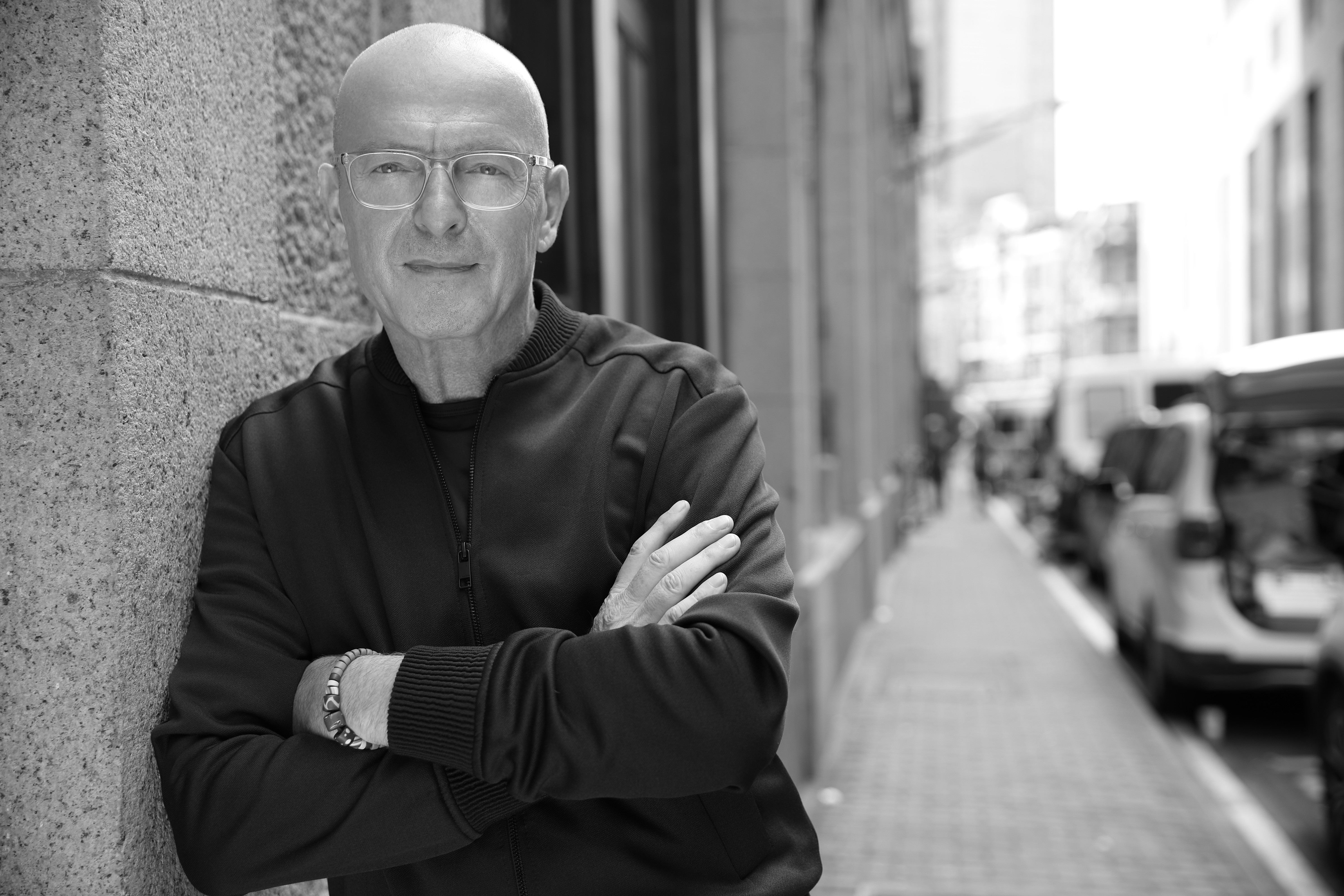 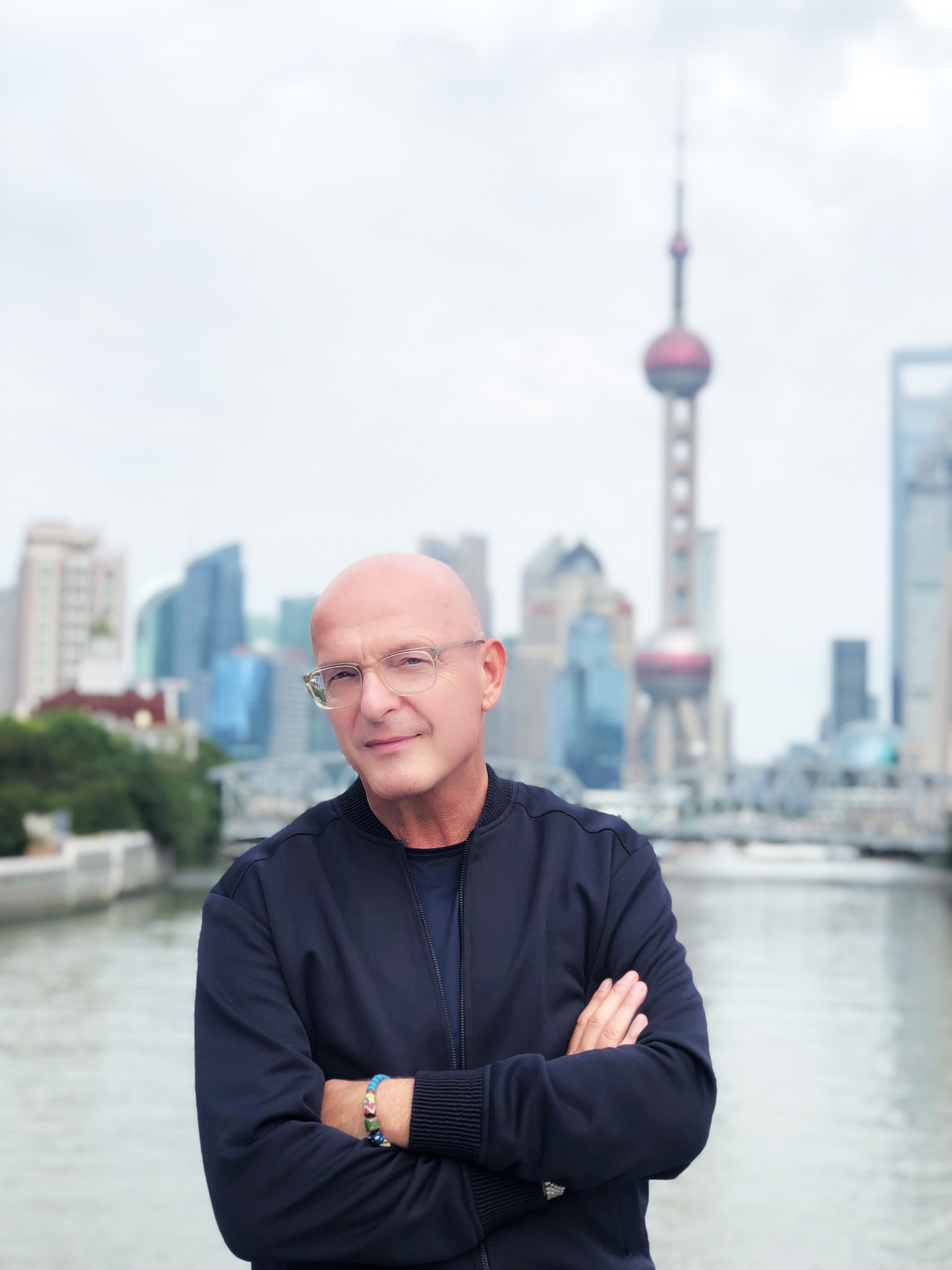 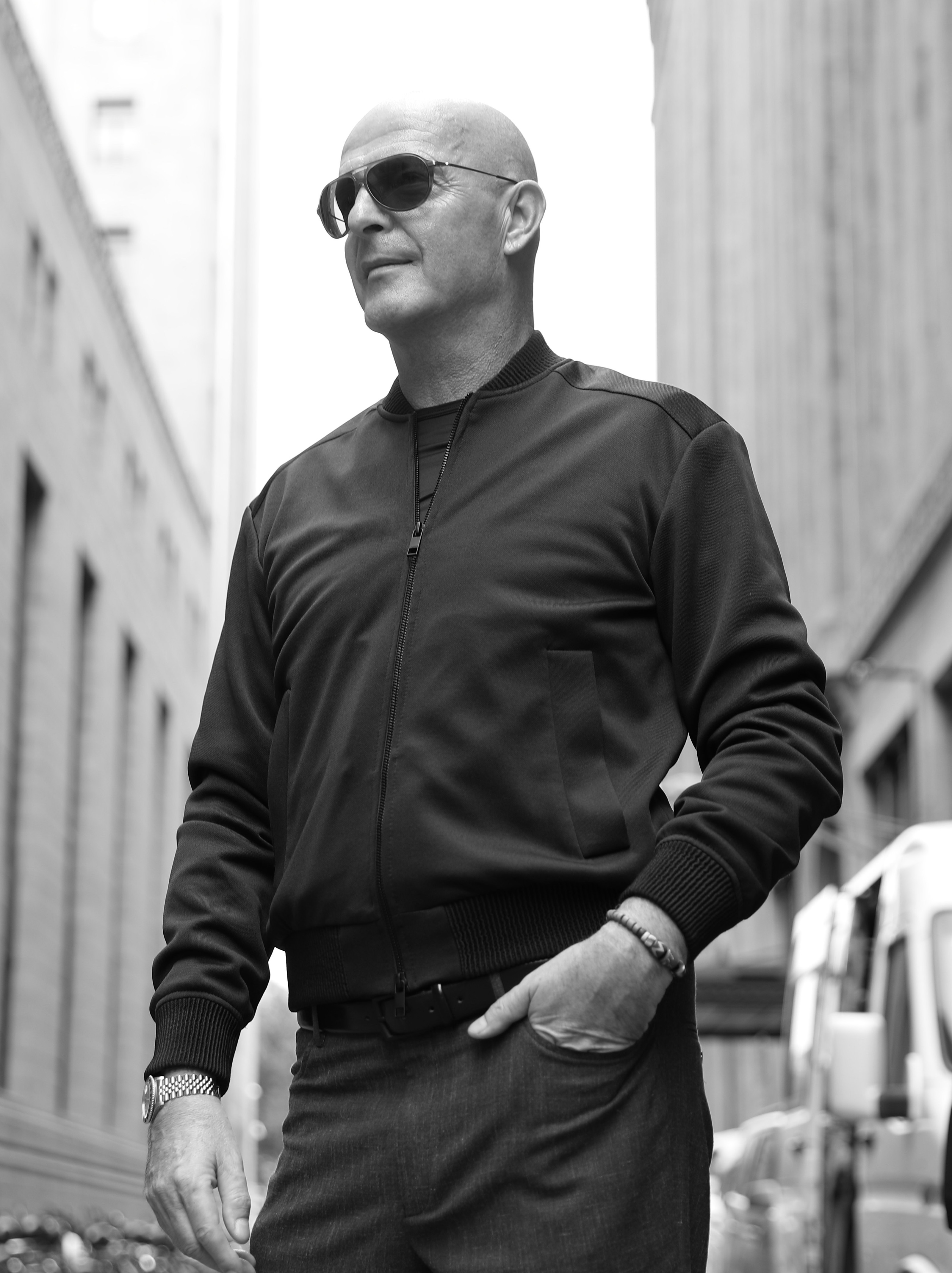 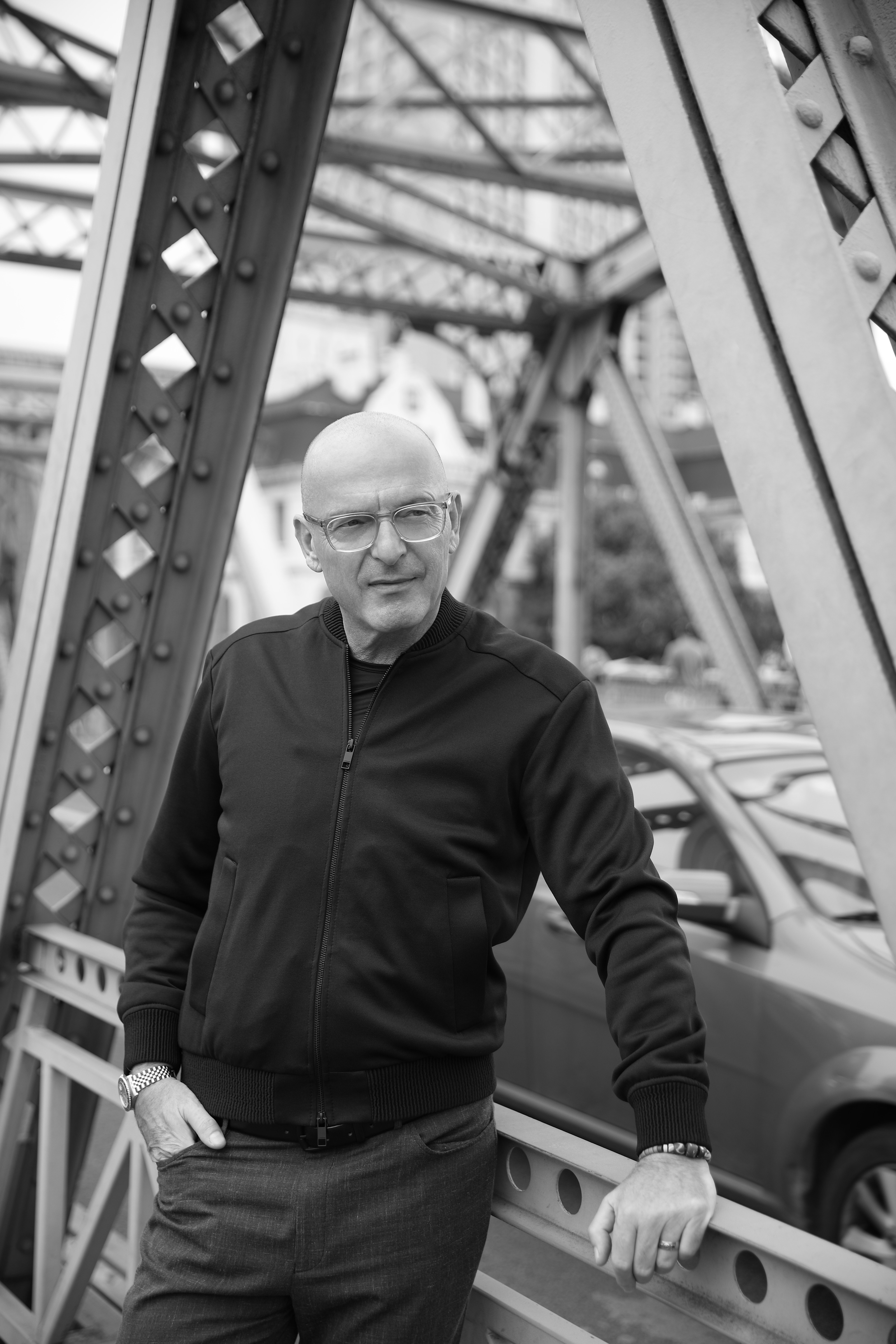 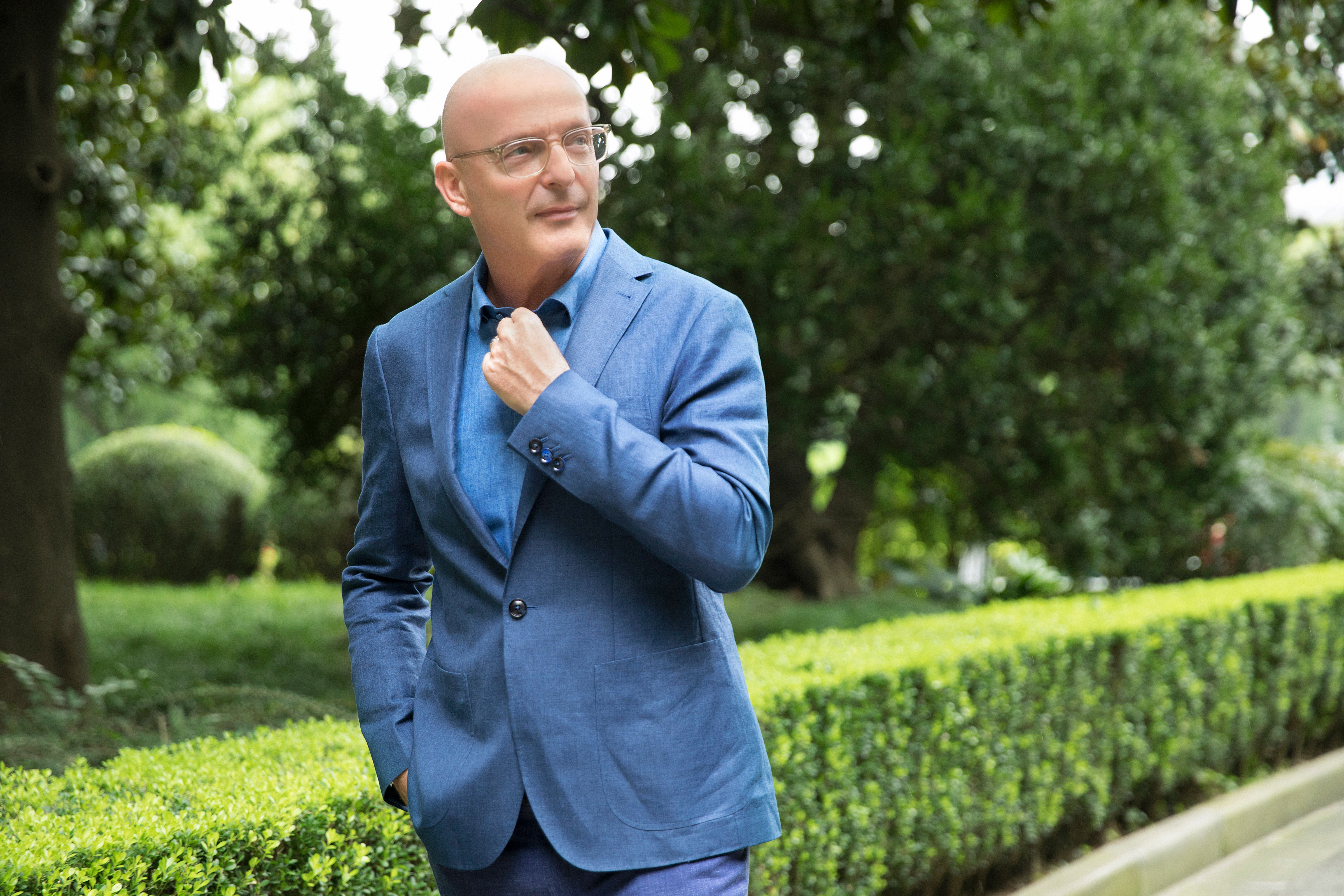 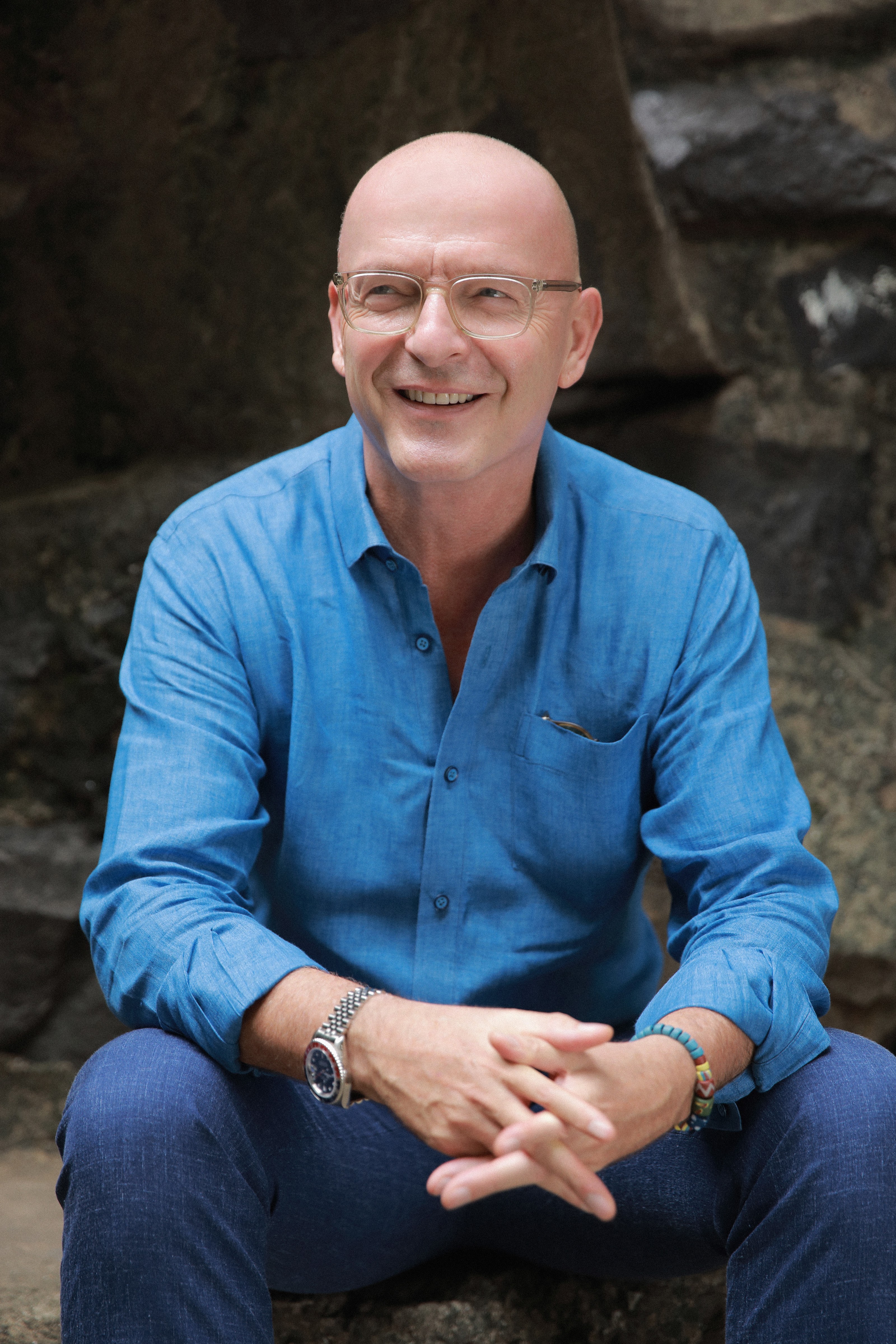 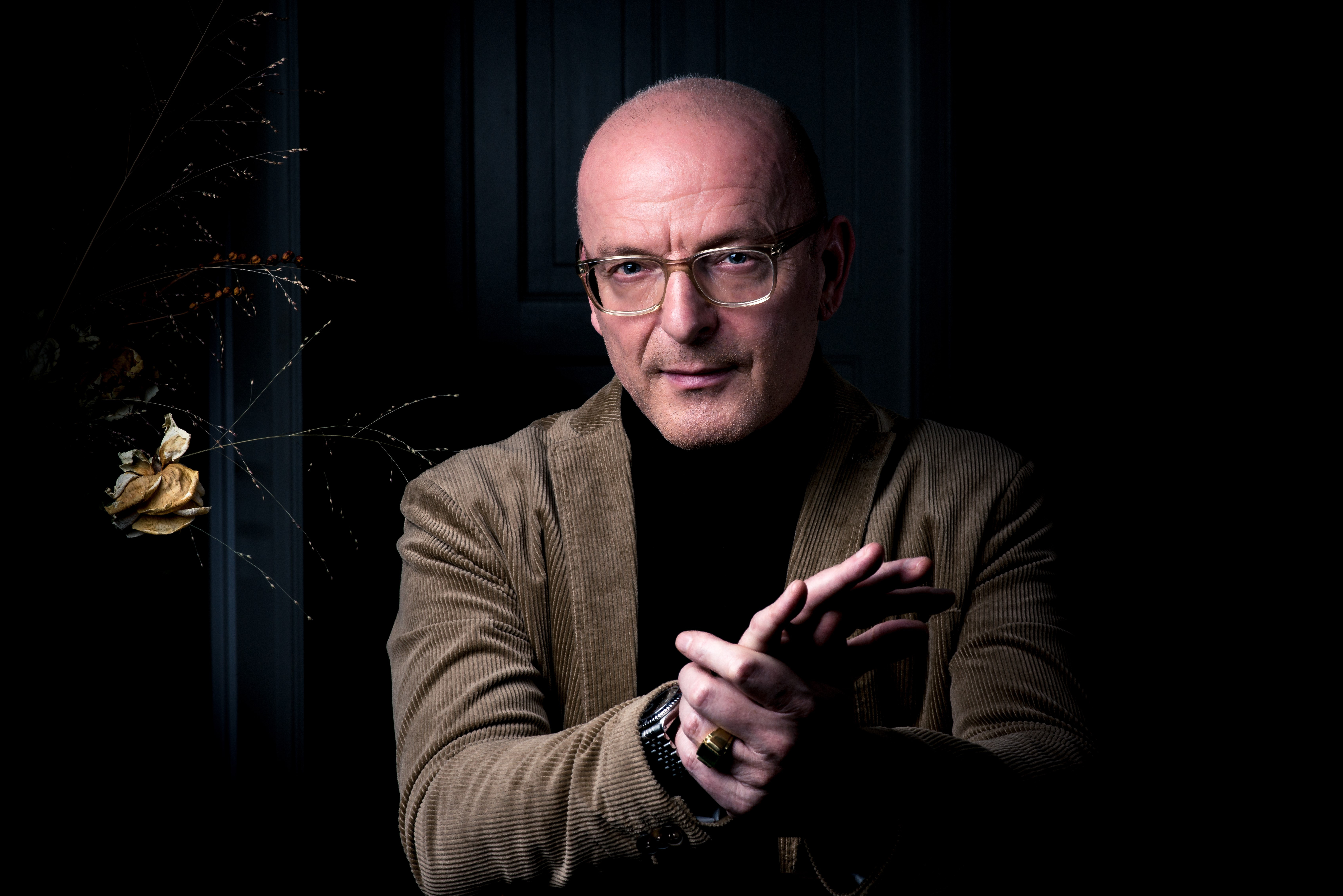 For high resolution photos, please contact: infoservice@schott-music.com
1963
Born in Trier on 17 October
1983-88
Studies composition with Bojidar Dimov in Cologne
1988/89
Studies compositiion and conducting with David Sheinfeld at the San Francisco Conservatory of Music

Scholarships of the Stiftung Kulturfonds des Deutschen Volkes and the Stiftung Kunst und Kultur des Landes Nordrhein-Westfalen (Foundation of Arts and Culture of North Rhine-Westphalia)
1989
World premiere of "fragile eggshell mind" for speaker and chamber ensemble in San Francisco
1994
World premiere of "Odyssée surréale" for 23 solo strings at the Internationale Fredener Musiktage
1996-98
Travels regularly to the People's Republic of China and works intensively with various Chinese orchestra
1997
World premiere of "TiefenRausch" for violin and orchestra in Koblenz
1999/2000
First "Composer in Residence" of the Bonn Beethovenhalle Orchestra: world premiere of "The End of the Game" for large-scale orchestra

World premiere of "DiesIrae", concerto for trombone and orchestra in Saarbrücken and of "KOMA" for mezzosoprano and piano in Bern
2002
World premiere of the percussion concerto "Cosmodromion" in Stettin
2003
Encouragement Award of the Ernst von Siemens Foundation

First scenic performance of the one-act opera "Death Knocks" at the Erfurt Theatre
2006
World premieres of the choral opera "ANGST - 5 Pforten einer Reise in das Innere der Angst" in Berlin, of the orchestral work "Miserere" in Kaiserslautern and "Mozart's 13097 Tag", Sinfonia concertante for violin, viola and orchestra in Winterthur
2007
World premieres "Konzert für Orchester" in Brüssel and of the clarinet concerto "Heart of Darkness" in Berlin, as well as "Sepulchral City" for clarinet, violoncello and piano at the Jerusalem International Chamber Music Festival
2008
World premiere of the opera "Die arabische Nacht" at the Theatre of Essen
2008/09
"Composer in Residence" of the Berlin Komische Oper

World premieres of the orchestral work "Suspense" in Bremen, of the opera "Hamlet" at the Berlin Komische Oper and of the orchestral work "CodeNine" at the Mecklenburg-Vorpommern Festival
2009
The opera "Hamlet" is elected to the world premiere of the year by the journal "Opernwelt"
2010/11
"Composer in Residence" at the Theater Dortmund
2011
World premières of the concertino for violin and chamber orchestra "Der Zaubergarten" at the AUDI Sommerkonzerte Ingolstadt and of the children's opera "Mikropolils" at the Komische Oper Berlin
2012
World premières of the opera "Rumor" at the Vlaamse Opera Antwerp, of the dance theatre "DnA" at the Oper Graz and of the orchestral work "Taipei Horizon" in Amsterdam
2016
Composer in Residence at Grafenegg Festival
________
The composer and conductor Christian Jost lives in Berlin.