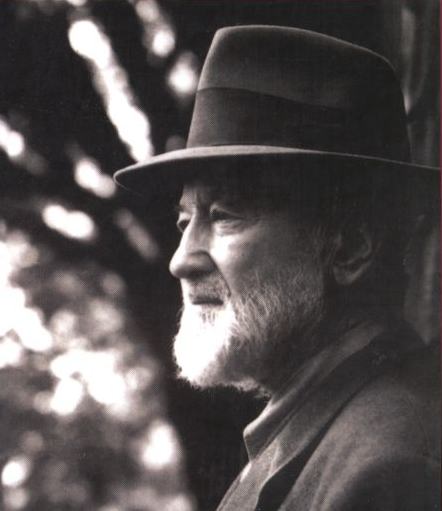 Charles Edward Ives, one of the first American composers of international renown, was born on 20 October, 1874 in Danbury, Connecticut, as the son of the bandmaster George Edward Ives and his wife, Mary Ives. A true icon of American music of the early 20th century, Charles Ives pursued what is perhaps one of the most extraordinary and paradoxical careers in American music history. Businessman by day and composer by night, Ives's vast output has gradually brought him recognition as the most original and significant American composer of the late 19th and early 20th centuries.
Inspired by transcendentalist philosophy, Ives sought a highly personalized musical expression through the most innovative and radical technical means possible. Ives combined the American popular and church-music traditions of his youth with the avant-garde musical currents more prevalent in Europe at the time, and was among the first composers to systematically engage in experimental music through usage of progressive musical techniques such as polytonality, polyrhythm, tone clusters, aleatoric elements and quarter tones. George Ives's unique music lessons were a strong influence on young Charles, as his father took an open-minded approach to musical theory, encouraging his son to experiment in bitonal and polytonal harmonizations. Another  influence of Charles's may have been sitting in the Danbury town square, listening to his father's marching band and other bands on other sides of the square simultaneously. He studied organ with D. Buck and composition with H. Parker at Yale University and worked early on as an organist at various churches in Danbury, New Haven and New York City.
After graduating from Yale University in 1998, he decided to pursue a career outside of music, because he feared that he would have to dismiss his own style in order to make a living from music. Ives soon found himself working at a life insurance agency, while still keeping extremely active as a composer, and he continued to work as church organist until 1902. In 1908, he married Harmony Twitchell and moved to New York where he lived until his death.

Ives' work encompasses many different genres. In addition to the well known choral works like his cantata Celestial Country (1899), The New River (1912) and The Masses (1915) he also wrote many songs and published 114 Songs in 1922, a collection representing the breadth of his work as a composer at that time with art songs, songs he wrote as a young man and teenager, all exhibiting his trademark experimentalism and unique piano accompaniment.
Ives remains best known for his instrumental music, including The Unanswered Question (1906), Central Park in the Dark (1906), his four symphonies (1898, 1902, 1904, 1916), the orchestral work First (1911) and Ragtime Dances (1900-11). Ives' music earned the composer acclaim only late in his life and following his death, when progressive European aesthetics began to increasingly exert their influence on American music. Champions of his music during his lifetime included Eliot Carter, Bernard Hermann, Aaron Copland and Henry Cowell. Ives was awarded the prestigious Pulitzer Prize in 1947 for his Symphony No. 3.
Par ordre décroissant
Par ordre décroissant