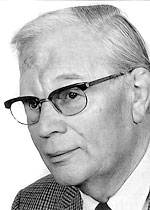 Friedrich Zehm was born in Neusalz an der Oder on 22 January 1923. In 1941 he began to study music with Walther Lampe (piano) and Friedrich Frischenschlager (theory) at the Salzburg Mozarteum. The very same year he was called up for Labour Service and military service; in 1942 he was seriously wounded.

From 1945 until 1946 he took private piano studies with Detlef Kraus in Hamburg and from 1946 until 1948 taught music at the Landerziehungsheim Unterschondorf at Lake Ammer. From 1948 Zehm continued his studies at the Freiburg Music Academy, with Harald Genzmer (composition) and Edith Picht-Axenfeld (piano) being the teachers who strongly influenced him. In 1952 he took his final exams and from 1953 until 1956 lived in Freiburg as a private music teacher, pianist and composer. In 1954 he received a scholarship of the Cultural Circle of the Confederation of German Industry. From 1956 until 1963 he served as music reviewer for the Amerika-Haus in Freiburg. From 1963 until 1985 Zehm worked as reader and editor for the Schott publishing house; during this time he also taught composition at the Department of Music at the University of Mainz (1980-1982).

His freely tonal compositions, often connected with a humourous twinkle in the eye, are characterized by pronounced rhythm and subtle counterpoint.

Begins his musical studies at the Mozarteum in Salzburg (piano with Walther Lampe, theory with Friedrich Frischenschlager)
1941
Labour and national service, badly wounded
1942
Hospitalized in Breslau, at times on leave to continue his studies at the Mozarteum in Salzburg (1943 / 44)
1945
Private studies in Hamburg with Detlef Kraus (piano)
1946
Muaic teacher at the Landerziehungsheim in Unterschondorf / Ammersee
1948
Continues his studies at the Academy of Music in Freiburg / Breisgau (composition with Harald Genzmer, piano with Edith Picht-Axenfeld)
1952
Private music teacher diploma
1953
Works as a private music teacher , pianist and composer in Freiburg
1954

1956
Specialist adviser on music at the America House in Freiburg
1958
Förderpreis (musical award for further studies) of the Robert Schumann -Preis, Düsseldorf
1960
Förderpreis for young composers, Stuttgart
1961
Förderpreis of the Künstlergilde Eßlingen (1984 honorary award)
1963
Reader and editor at the music publisher B. Schott's Söhne, Mainz
1980
Lecturer for composition at the Department of Musical Education of the University of Mainz
since 1985
Free-lance composer in Wiesbaden