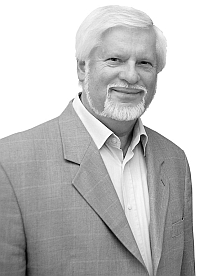 Dieter Kreidler was born in Ebeleben (Thuringia) in 1943. He grew up in Düsseldorf.

Having always been impressed and influenced by the music of Andrés Segovia, he began to study music at the Robert Schumann Conservatoire of the city of Düsseldorf in 1965. As main subject he studied guitar with Professor Maritta Kersting; from 1970 to 1971 he passed the music teacher examination, the final artistic examination and the concert examination.
After having been appointed university lecturer of guitar while working part-time as a guitar teacher for 7 years, he succeeded Hans-Michael Koch as full-time lecturer in Wuppertal in 1973.
In 1975 he was appointed professor.
In 1997 he was elected dean of the Cologne Hochschule für Musik in Wuppertal. In March 2009 he retired from active university teaching.
Today he spends more and more time on the publication of artistic and educational works.
His interest in the discussion of programmes of instrumental education led to the creation of essential teaching materials, such as His primary commitment is to the preparatory work for chamber music and ensemble formations, in addition he gives lectures and seminars as 'open lectures'. Of course, his own music-making too is one of his passions: Together with Günther Lesche, he performed Schubert's song cycle 'Die schöne Müllerin' and recorded it in an arrangement for guitar.
With Prof. Albert Aigner (Lübeck), he gave concerts as 'Duett Konzertant' – a guitar duo which felt committed particularly to the music in the courtly style galant, but also to the classical Romantic tradition.
Kreidler is praised for doing a lot of voluntary work: For 13 years, he had been director of the Düsseldorfer Zupforchester, he was musical director of the Bund Deutscher Zupfmusiker (BDZ) and member of various executive boards of the German Music Council.
As conductor of the Landeszupforchester NRW he directed the 'fidium concentus' from 1978 to 2009. For many years, he has been a welcome guest lecturer at the music academies of Trossingen, Heek and Remscheid.
And finally, he also serves as a juror, initiator and mentor of music festivals. In 1994 the Federal President awarded him the Order of Merit for his services to the field of amateur music.