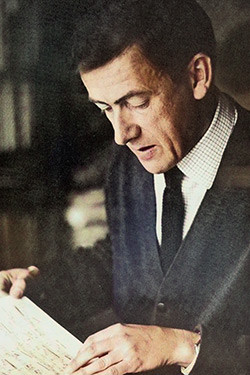 Don Banks began composing while a student in Australia during the 1940s, but only the Trio for flute, violin and cello (1948) received a public performance before he left the Melbourne University Conservatorium to further his career in Europe. After studies with Seiber and Dallapiccola he settled down to make a name for himself in London, beginning with the Four Pieces for Orchestra (1953), premiered by Sir Adrian Boult with the London Philharmonic Orchestra in 1954.  Commenting on Banks' orchestral style in his 1967 history of Australian music, Roger Covell writes: "His mastery of orchestral device and the unfailing logic of his musical construction were well known to his composing colleagues and to many professional musicians."  Banks' London years, which continued until the early 1970s, saw two further major orchestral scores, the Horn Concerto (1965) and the Violin Concerto (1968), both the result of prestigious commissions.

These years also saw a substantial output of chamber and instrumental works, all written with particular performers in mind.  Notable among these is the Pezzo Dramatico (1956) written for the pianist Margaret Kitchin and the Horn Trio (1962) for fellow-Australians, Barry Tuckwell (for whom he wrote the Horn Concerto), violinist Brenton Langbein and pianist Maureen Jones.  Following the death of-his former teacher, Matyas Seiber, in 1960, Banks dedicated his Sonata da Camera (1961) to Seiber's memory (and used for the work the same scoring as Seiber's The Portrait of an Artists as a Young Man).

As William Mann, writing in The Musical Times (Aug 1968) noted, the influence of Bank's other teacher, Dallapiccola, is most obvious in Banks' instrumental craftsmanship, where no note has to be bolstered in case it isn't heard and where each tone-colour contributes no more than is required to be appreciated.  Dallapiccola must also have confirmed Don Banks in the belief that a composer must write as a human being, not inhabit an ivory tower: music is about people who are living actively at this moment.

Meanwhile, though lessons with neither Seiber or Dallapiccola included actual training in serial method, Banks was fascinated by the possibilities for the method he found in their music.  This strong influence underpinned his work throughout the London years.  However, there was also room for division.  He scored many film soundtracks, and made several popular arrangements including the set of Five North Country Songs (1953-54) for soprano Sophie Wyss.
Another apparent diversion, towards the jazz idioms with which he had grown up in Melbourne, began with the first of his Equations for chamber and jazz players in 1963, but developed into a fully-fledged strand in his output.  His interest reached its most  "classic" expression in his creative partnership with jazz singer Cleo Laine and her husband John Dankworth in Settings from Roget (1966) and Three Short Songs (1971).  However, classical/jazz "crossover" works became even more important.  They include Meeting Place (1970) and Nexus (1971) for symphony orchestra and jazz quartet, and Take Eight (1973) for jazz quartet and string quartet.
Another manifestation of Banks's interest in "crossover" composition is the large number of works, orchestral and chamber, with live electronics or tape.  Among them is the aptly-named Intersections (1969) for electronic sounds and orchestra, Commentary (1971) for piano and tape, and Limbo (1971) for 3 singers, 8 instruments and tape on a text by fellow-expatriate, Australian poet Peter Porter.
After five extraordinarily prolific and successful year (1968-1972), Banks returned to Australia permanently to end his 20 years absence.  His return home was marked by the premiere of a new orchestral work Prospects, commissioned for the opening celebrations of the Sydney Opera House in 1973.  With the Trilogy for orchestra, written in the year before he died (and later prepared for publication with the assistance of his colleague, composer David Lumsadaine), and the String Quartet (1975), it was among the last "traditional" instrumental piece that he wrote.

In vocal works such as Walkabout (1972) for children's voices and instruments, the electronic jazz-inspired Benedictus(1976), and An Australian Entertainment (1979), Banks continued to fulfil his lifelong interest in writing music of immediate appeal and usefulness, often for young performers.  But his final years were also full of serious research and exploration into the possibilities of electronic music.  Apart from a number of tape pieces, the record of his work in this field is to be found not in his own worklist, but in those of his numerous students at the Conservatorium of Music in Sydney and at the Canberra School of Music. 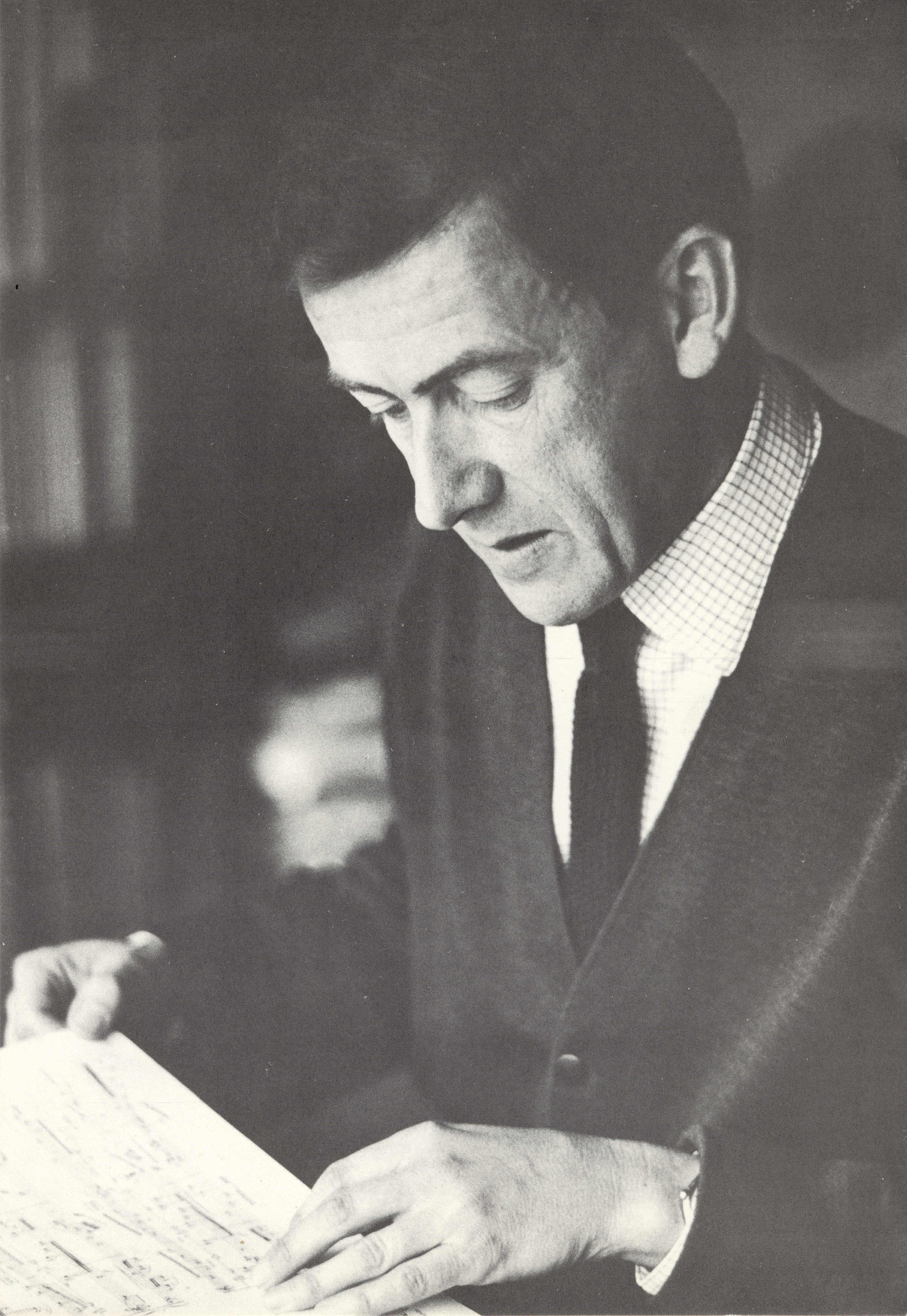