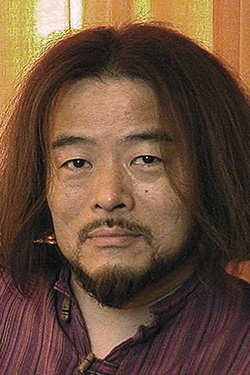 Xuntian He is a distinguished composer, creator of a new musical languages, and professor at Shanghai Conservatory of Music. In 1981, he established the Three Periods Theory and the Theory of Musical Dimensions. In 1982, he developed the Renyilv Duyingfa Method of Musical Composition, one of the first compositional methods of the People's Republic. His CD albums Sister Drum and Voices from the Sky, were released in more than 80 countries with a total sales volume of several million copies. In 1996, He established a new Method of Musical Composition and one year later, he put forward the Theory of Interspace. In 2003, he composed Images in Sound, which he calls mankind's gift of primordial music to all species of the natural world. In 2008, he produced Ehe Chant that includes Freudian Pre-consciousness as a composition technique.

Thousands of national and international news media and academic journals, including the New York Times, the Times Magazine, the Washington Post, The Times, BBC, ABC, CNN, NHK etc., have reviewed He’s works, composition techniques and ideas. His theories and works are believed to be groundbreaking and truly original music of his country. According to the New York Times, he “fulfilled the Chinese people’s dream to introduce their music to the world.”