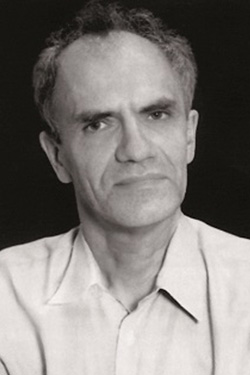 Alexander Wustin was born in Moscow on 24 April 1943. He began to study composition in 1960, initially with G. Frid at a music school for gifted children, and subsequently with V. Ferè at the Tchaikovsky Conservatory in Moscow.

Since the middle of the 1980s his works have been included in the programmes of leading Western music festivals such as Donaueschinger Musiktage, Holland Festival, Musik Biennale in Berlin, Tage für Neue Musik in Zurich, and Kammermusikfest Lockenhaus in Austria. Performers of his music include Gidon Kremer, Reinbert de Leeuw, Eri Klas, Mark Pekarsky and Friedrich Lips, and ensembles such as BBC Symphony Orchestra, Schönberg Ensemble, and Nieuw Sinfonietta Amsterdam.

There can be no doubt about the fact that Alexander Wustin was one of the most self-willed members of his generation in Russia. "In every one of his works we are struck by the presence of unique and indeed inimitable traits. Wustin does not belong to any particular school, and is certainly not interested in chasing after the latest fads. He remains true to himself, and in our day and age that is rather remarkable." (Edison Denisov)

The composer has described his musical creed thus: “In each of my works I am trying, primarily for my own benefit, to resolve the problem of time (as I understand it). It seems to me that it is the composer’s task, whatever he happens to be doing, to try to discern the presence of a universally valid law and to submit to its dictates in the midst of the compositional process. The true worth of a composition depends on the extent to which the composer actually manages to do this. All other aspects, such as style, material, dynamics, tone colour and “emotional” character, are of secondary importance. The law which governs musical time may be expressed in numerical terms.”