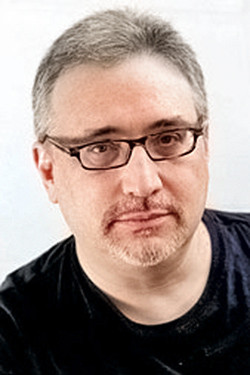 Country of origin: United States of America
Birthday: May 29, 1954

Robert Beaser is widely regarded as one of the most accomplished creative musicians of his generation. Since 1982, when the New York Times wrote that he possessed a “lyrical gift comparable to that of the late Samuel Barber,” his music has won international acclaim for its balance between dramatic sweep and architectural clarity. He is often cited as an important figure among the “New Tonalists,” composers who are adopting new tonal grammar to their own uses, and through a wide range of media has established his own language as a synthesis of Western tradition and American vernacular.

Beaser’s orchestral CD on London/Argo has garnered considerable attention prompting Gramophone magazine to call his music “Masterly...dazzlingly colorful, fearless of gesture...beautifully fashioned and ingeniously constructed.” The Baltimore Sun writes “Beaser is one of this country’s huge composing talents, with a gift for vocal writing that is perhaps unequaled.” Composed in 1999, his opera The Food of Love, with a libretto by Terrence McNally, is part of the Central Park trilogy, which opened to worldwide critical accolades at Glimmerglass and New York City Opera. The San Francisco Chronicle called his opera “gripping… and arresting... a masterful score with beautiful rhapsodic turns, canny pacing, pungent orchestral writing and magnificently shapely arias.” The Arizona Republic called it “a masterpiece” and USA-Today added, “Beaser’s glistening, percussion-tinged orchestral textures and utterly singable melodies are a joy to hear at every turn.” The opera’s nationally televised broadcast on PBS’s Great Performances received an Emmy nomination in 2000.

Born in Boston, Massachusetts, Beaser studied literature, political philosophy and music at Yale College, graduating summa cum laude, Phi Beta Kappa in 1976. He went on to earn his Master of Music, M.M.A. and Doctor of Musical Arts degrees from the Yale School of Music. His principal composition teachers have included Jacob Druckman, Earle Brown, Toru Takemitsu, Arnold Franchetti, Yehudi Wyner and Goffredo Petrassi. In addition, he studied conducting with Otto-Werner Mueller, and William Steinberg at Yale, and composition with Betsy Jolas on a Crofts Fellowship at Tanglewood in 1976. From 1978-1990 he served as co-Music Director and Conductor of the innovative contemporary chamber ensemble Musical Elements at the 92nd Street Y, bringing premieres of over two hundred works to Manhattan. From 1988-1993 he was the Meet the Composer/Composer-in-Residence with the American Composers Orchestra at Carnegie Hall, and now serves as ACO’s Artistic Director. Since 1993, Beaser has been Professor and Chairman of the Composition Department at the Juilliard School in New York.

Beaser’s compositions have earned him numerous awards and honors. At the age of 16, his first orchestral work was performed by the Greater Boston Youth Symphony under his own direction at Jordan Hall in Boston. In 1977 he became the youngest composer to win the Prix de Rome from the American Academy in Rome. In 1986, Beaser’s widely heard Mountain Songs was nominated for a Grammy Award in the category of Best Contemporary Composition. He has received fellowships from the Guggenheim and Fulbright Foundations, the National Endowment for the Arts, the Goddard Lieberson Fellowship from the American Academy of Arts and Letters, a Charles Ives Scholarship, an ASCAP Composers Award, a Nonesuch Commission Award and a Barlow Commission. In 1995, when the American Academy of Arts and Letters honored him with their lifetime achievement award, the Academy Award in music they wrote: "His masterful orchestrations, clear-cut structures, and logical musical discourse reveal a musical imagination of rare creativity and sensitivity...and put him in the forefront of his generation of composers."

Recent events for Robert Beaser and his music include the debut and subsequent European tour of his orchestral work of Evening Prayer by Federico Cortese and Boston Youth Symphony Orchestra in 2008; the 2009 premiere of Guitar Concerto, featuring renowned virtuoso Eliot Fisk, which continues to see performances with Fisk and orchestras across the country. In December of 2010, Steven Davis led the University of Missouri-Kansas City Wind Ensemble through the world premiere of Beaser's Manhattan Roll in a new arrangement for wind band. The performance kicked off a tour of over 25 bands across the US. Beaser composed Ground "O" in 2011 in honor of Gerard Schwarz's final season as Music Director of the Seattle Symphony. The premiere took place on February 17, 2011 in Seattle. In 2015, Kevin Sedatole led the premiere of Beaser's The End of Knowing for soprano, baritone and wind ensemble with the Michigan State University Band, which was commissioned by a consortium of 27 bands.