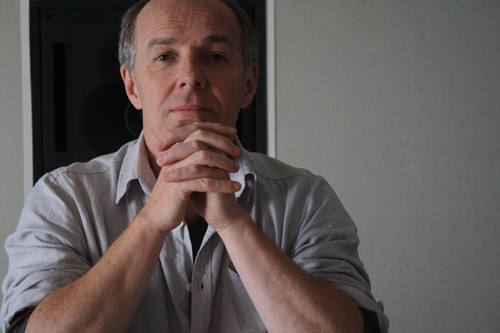 Michael Blake was born in Cape Town in 1951 and studied music in Johannesburg and London. He is largely self-taught as a composer. During the 1970s, working in relative isolation in South Africa, Blake was drawn towards conceptual art and the American experimental music tradition.

In 1976 he also began exploring African aesthetics and composition techniques, an approach described in the Cambridge History of 20th-century Music as "understated translations of African music into Western idioms [that] deftly negotiate the borderline between quotation and abstraction". This project continues to preoccupy him, but he has also engaged with the past, through reworking the materials of Western music, jazz and popular music. His ensemble, London New Music was part of the alternative music scene in London during the 1980s-90s. After returning to South Africa in 1998 he established structures that helped to promote South African new music internationally: an ISCM section, the New Music Indaba festival, and Sterkfontein Composers Meeting.