When Julius Hey published his three-part work 'Deutscher Gesangsunterricht' [German Singing Lessons] around 1900, he had no way of knowing that this textbook was to start an unprecedented triumphant progress. Originally, Hey had developed his method only for his pupils and as a mere singing manual. It was only the responsibility for improving the often wrong pronunciation of actors and singers that prompted him to add a 'speech part' to his main work. The fact that especially this part, entitled 'Der kleine Hey' [The Little Hey], became and has remained – with the largest number of copies – the standard work for speech training until today proves the validity of this method.
Julius Hey's textbook on the basics of the 'art of speaking' is the fundamental textbook for the speech training of actors, speakers and singers as well as of all other professions connected with the spoken word, and not least a valuable aid for school lessons and private studies. 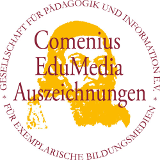 → More titles by Fritz Reusch
Music studybook
More
Der Kleine Hey
More
Be the first to review this product.
Only registered users can write reviews. Please sign in or create an account.